This is the sort of thing that makes virtual life worth living:

Happy Monday!
Posted by Disgruntled Bear at 3:22 AM 5 comments:

Last month, I was invited to Gibson's Bookstore in Concord for a launch event for Legacy.  We had a small group of people show up, but one of them was a reporter for the local TV station.  I'm in a couple of clips around the six-and-a-half minute mark of Episode 11. It won't let me embed, but just click the link and scroll to the bottom and you'll find it.
Enjoy! 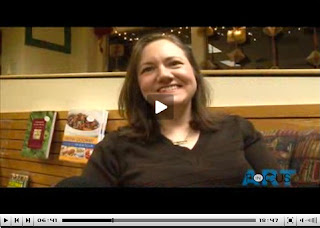 http://www.yourconcordtv.org/?page_id=500
Happy Weekend!
Posted by Disgruntled Bear at 3:38 AM 4 comments:

The UnBEARable Lightness of Blogging

If you've been reading Disgruntled Bear for a while, you know that I tend to blog a lot about different aspects of writing, publishing, and marketing books. And sometimes I link to funny stuff on YouTube. Recently I've been wicked busy with all the book stuff, and I've been a bit hodgepodge with the blog content.  So, now I'm asking you; what would you like more of on this blog? Critiques? Giveaways? Contests? Writing advice? Funny cat videos? Book recommendations? More puns? Pictures of a moose stuck in the roof of a shed?

Something completely different? Now's the time to let me know!
Posted by Disgruntled Bear at 8:09 AM 10 comments:

When Monty Python's Flying Circus debuted on the BBC, the cast was told that they couldn't have "too much sex and violence" in the show.

So, the second episode is named "Sex and Violence." Really.  You can look it up.

As for sex, violence, and language, where's the line in YA lit these days? I've noticed a lot more of both in recent series. Does it get more violent than Hunger Games? I'm pretty sure that line has been blurred, or even erased, at least here in the U.S.

But we Americans have always been a violent lot. Ya wanna make something of it?
*sound of a shotgun cartridge clicking into place*

More YA books seem to have sex scenes (although still very toned down compared to adult lit), and the language has gotten more blue recently.

So, what do you think about the sex, violence, and language in YA these days? Is this a good trend? Does it make YA lit reflect teen's reality, or is it introducing excessive harshness to kids who should be given more wholesome examples?
Posted by Disgruntled Bear at 6:16 AM 6 comments:

New book release today: Haven by Kristi Cook. I've ordered a copy, but I suggest that you avoid reading spoiler-filled review from Booklist up on Amazon. Hello? It's the MAJOR plot-twist!

Speaking of spoilers, Post a comment with the NAME of the book or movie at the top in CAPS (so people can avoid reading the spoiler if they haven't read/seen it), and then tell me what was spoiled for you.

Posted by Disgruntled Bear at 4:48 AM 5 comments: 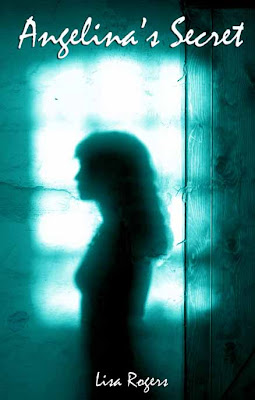 As a child, Angelina spent years in counseling learning that Josie, her imaginary friend, wasn't real, but it turns out her childhood friend wasn't imaginary after all.
As if trying to lead her cheerleading squad to a state championship, breaking up with a boyfriend, and watching her brother move away to college isn't enough to deal with, now Angelina has to accept she's either (A) crazy or (B) able to see ghosts. Wanting to believe in her sanity, she chooses (B) and welcomes Josie back into her life. But even Josie can't help her deal with Shelly, the spirit of a confused teenager, and things go very, very wrong.
When Angelina finds herself in a psychiatric hospital, she faces a choice: she can spend the rest of her life pretending to be someone she isn't, or she can embrace who she is and take a chance that she may never get to go home.


Please leave a comment to let us know what you think. We anticipate a spring 2012 release date.
Angelina's Secret on Goodreads
Posted by Disgruntled Bear at 3:36 AM 9 comments: 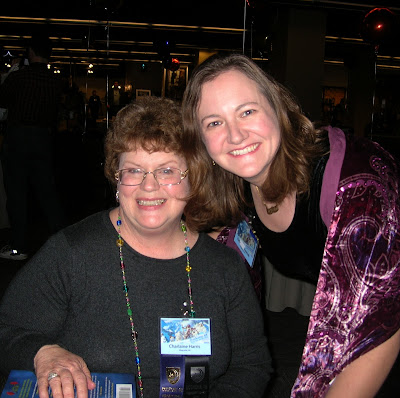 Posted by Disgruntled Bear at 7:12 AM 5 comments:

What NOT to do as a writer

This is great advice for writers:

I'll be at Boskone this weekend, so please come say hi if you're there!
Posted by Disgruntled Bear at 3:03 AM 2 comments:

I loved Jessica's Guide, even though I didn't think the name really matched the book.  If you like YA paranormals, you simply MUST check this out.  What's more, there's now buzz afoot that the sequel is coming next January!

Anyhoo, check it out here on Goodreads; it's not even up on Amazon for pre-order yet, and there's no cover.  What's more, in my search I discovered the super-special online free novella that fits between the first and second books.*

I came across a blog post yesterday on Eleusinian Mysteries that has been haunting me.  It's about human trafficking. I've linked over here:
http://eleusinianmysteriesofreading.blogspot.com/2011/02/guest-post-laura-kreitzer-on-human.html

It's a serious issue, and reading this post will most likely depress the heck out of you. If that motivates you to action, you can contribute to the DNA Foundation here: http://demiandashton.org/

I'll try to put up more light-hearted stuff for the rest of the week.
Posted by Disgruntled Bear at 4:36 AM 1 comment:

As writers, we know that readers will suspend their disbelief when reading sci-fi/fantasy--at least as long as the reality we create follows logical rules.  Here's what happens when people don't follow those rules:

http://www.cracked.com/article_19025_6-giant-blind-spots-in-every-movie-aliens-invasion-strategy.html
Thanks to Robert Sawyer for the link!
Posted by Disgruntled Bear at 3:10 AM 2 comments:

Every year, this holiday comes around and I feel torn between,

"Yay! I have someone! And that guy is a wonderful husband and father and puts up with my foul language when the car gets stuck in snowdrifts!  Where's my red sweater?"

and the way I experienced Valentine's Day for many, many years, which was,

"Blech, I'll wear only black all day in protest of this stupid holiday that makes every 'single' person feel desperate and inadequate on some level."

Ironically, the people who need chocolate the most on this day are the ones least likely to receive a satin heart full of it. At least it'll all be on sale tomorrow.

There's a third group: who don't have someone but who are still hopeful or confident that they will have someone one day. Most little kids fall into this category; my kindergarteners have that excited thrill that comes before people realize that life will crush your soul before it kills you.

So post your feelings in the comments: are you RED, BLACK, or PINK this Valentine's Day?

On a fun note, check these "Scientific Valentines" out: http://www.ironicsans.com/2008/02/idea_scientist_valentines.html
Thanks to Suzanne for the link!
Posted by Disgruntled Bear at 3:14 AM 8 comments:

Fans of Paranormalcy, the sequel's up for pre-order on Amazon! It's called Supernaturally

, and it doesn't even have cover art up yet, but I've already put in my order.  Seriously, the first book of this series is a five-star read, and, if you haven't picked it up, you MUST.  You simply MUST.

Posted by Disgruntled Bear at 2:19 AM 3 comments:

I have three little kids, so I don't get out to see many movies anymore. I finally got a chance to see Inception, though--a month after I received it for Christmas. If you've seen it, you know how there are many layers to the plot all woven together. It's ASTOUNDING. If you haven't seen it yet, put it at the top of your Netflix list today. It's the bending of the concept of reality that I find so amazing. The conceptual framework of this movie is SO ORIGINAL--it's in a league of its own.

And it looks SO COOL with all the special effects.

Inception has a soul, though; a deep and moving heart of pain and doubt.

So, see it. And if you come across anything I really must see, please comment below.

I'll see if I can get a copy next Christmas.
Posted by Disgruntled Bear at 3:25 AM 6 comments:

I heard about this on the podcast How Stuff Works, and it cracked me up.  Take the quiz and see how you do:

http://www.mentalfloss.com/quiz/quiz.php?q=94
Posted by Disgruntled Bear at 3:34 AM 5 comments:

I just love sharing interesting stuff with y'all! I'm in a training session all day today, so just sit back and enjoy the coolness of YouTube's bounty. It's especially epic if you click through to watch it in HD.

Thanks to Matthias for the link!
Posted by Disgruntled Bear at 3:27 AM 2 comments:

I have an old cell phone, and texting is pretty much at the top of its abilities as a communication device. Fortunately, I don't have autocorrect, because sometimes it does this:

Warning: some of these (okay, most of them) are inappropriate for children and my grandmother.

And the winner of the Across the Universe giveaway is...

It's an amazing book.


Happy Monday!
Posted by Disgruntled Bear at 3:17 AM 6 comments:

Well, 2011 has been here for more than a month, and many of us have had a chance to read some of the new releases.  What do you recommend? What are you anticipating?

As for me:
Recommend:
Across the Universe by Beth Revis

I also just got a sneak peak at Jennifer L. Armentrout's second Covenant book, Pure. SOOOO good! I'm still reeling. It's as amazing as the first! Sorry, but it won't be released until 2012.

Speaking of new books, Spencer Hill just signed a new author! Keep an eye out for the upcoming announcement.

The Across the Universe giveaway will continue until February 6th. Comment here for a chance to win.

And the winner of the enhanced Minder PDF is...


Eliza Faith!
Congratulations! Please send me your email address through the contact form at www.Ganzfield.com.
Posted by Disgruntled Bear at 3:36 AM 5 comments:

Posted by Disgruntled Bear at 3:25 AM 2 comments:

I scheduled this post just in case we lose power in the latest snowpocalypse. Now *this* is the way to enjoy snow!

One of the upsides of being with a small press is that authors have much more say in their cover art. So, please let me know--do you judge a book by its cover?  And if so, what makes you go, "I gotta buy that one!"

I'm a bit biased, but I like this one:


Nominations, anyone? Which one(s) speak to you?
Posted by Disgruntled Bear at 3:52 AM 9 comments: