We had some technical issues getting the paperback version of Elixir shipped, and it has delayed some people from receiving their pre-orders. We're sorry for any inconvenience this has caused, and we'd like to make it up to you... with Aiden. 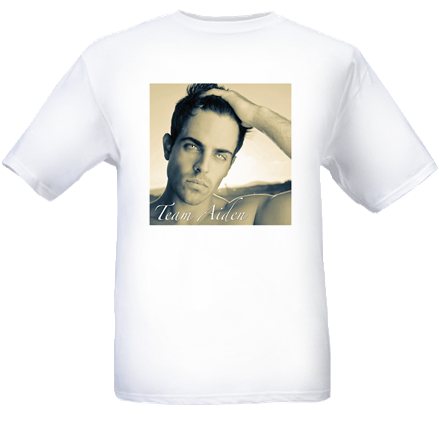 Yup, in honor of Aiden's POV novella, we have "Team Aiden" shirts, and we're going to give away three of them. To enter, just leave a comment below. It can be anything--your favorite Covenant book, your dog's name, a suggestion for a Covenant-themed Ben & Jerry's flavor ("Seth Ripple?")--whatever.

I'll use random.org to pick the winner after midnight (EST) on Friday, December 7th. We'll ship internationally, too.
Posted by Disgruntled Bear at 12:26 PM 34 comments: 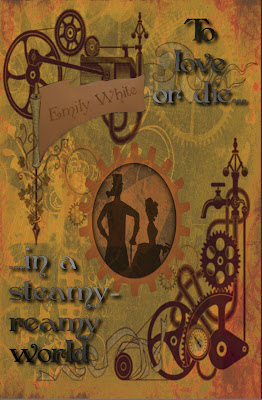 10 Tales of Steampunk Silliness and Spookery from Emily White.

In the cozy seaside village of Steamville, New Hampshire, an unfaithful zombie, out of control werebots, succubi in corsets, and more wreak havoc in this short story collection.
Available December 22, 2012 on all major online retailers ($.99 for ebook/$2.99 for print).
Posted by Disgruntled Bear at 4:22 PM 1 comment:

Extracted: The Lost Imperials (Book One)

Welcome to the war.
The Tesla Institute is a premier academy that trains young time travelers called Rifters. Created by Nicola Tesla, the Institute seeks special individuals who can help preserve the time stream against those who try to alter it.
The Hollows is a rogue band of Rifters who tear through time with little care for the consequences. Armed with their own group of lost teens--their only desire to find Tesla and put an end to his corruption of the time stream.
Torn between them are Lex and Ember, two Rifters with no memories of their life before joining the time war.
When Lex’s girlfriend dies during a mission, the only way he can save her is to retrieve the Dox, a piece of tech which allows Rifters to re-enter their own timeline without collapsing the time stream. But the Dox is hidden deep within the Telsa Institute, which means Lex must go into the enemy camp. It’s there he meets Ember, and the past that was stolen from them both comes flooding back.
Now armed with the truth of who they are, Lex and Ember must work together to save the future before the battle for time destroys them both…again.

Posted by Disgruntled Bear at 12:30 AM 4 comments: