Hey, after seeing this, you'll be able to use "toroidal vortex" in a sentence!

Posted by Disgruntled Bear at 10:56 AM 2 comments:

Congrats, Shirley!
Posted by Disgruntled Bear at 7:58 AM 1 comment:

Cool SWAG and an ARC

We have some great books coming out this fall, and I thought I'd give everyone a little info about some of them here... and use that as an excuse for a giveaway!

We have an ARC of Amarok:

Emma’s life has been hell since she moved from sunny California to a remote Alaskan town. Abandoned by her father and living with the guilt of causing her mother’s death, she makes a desperate dash for freedom from her abusive stepfather. But when her car skids off the icy road, her planned escape leads to further captivity in a world beyond her imagining.

Dragged across the tundra by an evil mountain man and his enormous black wolf, she learns that love can be found in the most unexpected places. Amarok, as she’s nicknamed the wolf, is a young man from the gold-rush era enslaved by an ancient shaman. Emma’s gentle touch and kind heart win his love and devotion. When a vicious madman—trapped in bear form by the same Shaman—attacks the travelers and injures Amarok, Emma must find the strength to face her fears and free the wolf she’s come to love. But that means she must face down the evil shaman, a Siberian mammoth hunter from the ice age, and he has no intention of giving up his power to her.

Amarok will be released in November 2012, and will be available in stores and online. 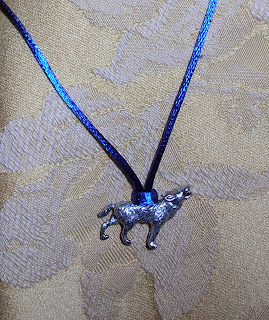 To enter, be a follower of this blog and post a comment below that answers these questions:


Have you ever been to Alaska?
Were you cursed into animal form while there?
If so, which animal?

You can enter up until midnight (EDT) Thursday, August 23rd. I'll use random. org to pick the winner.

Happy Weekend!
Posted by Disgruntled Bear at 9:33 AM 21 comments:

Thanks everyone who took part in the YA Blog Hop Giveaway! The winner of the signed copy of Minder is...

And, just for fun, here's Simon's Cat:
Posted by Disgruntled Bear at 5:48 AM 2 comments:

I am a reader, not a writer is having another awesome giveaway hop, and you've stumbled across it! The next stop will be Katherine Skye: http://www.katherineskye.com/. But before you click on over there...

Here on Disgruntled Bear, I'm giving away a signed copy of the new edition of Minder (shipped to a US or Canadian mailing address), which will be released next month. 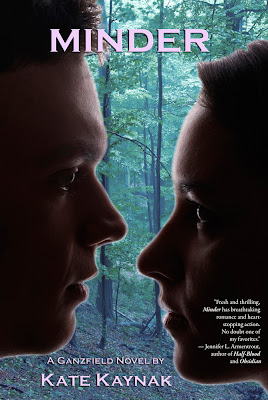 Sixteen-year-old Maddie Dunn is special, but she needs to figure out how to use her new abilities before somebody else gets hurt. Ganzfield is a secret training facility full of people like her, but it's not exactly a nurturing place.
Every social interaction carries the threat of mind-control.
A stray thought can burn a building to the ground.
And people's nightmares don't always stay in their own heads.
But it's still better than New Jersey. Especially once she meets the man of her dreams...

To enter, please become a new follower and/or "like" one of the following:

This blog (Disgruntled Bear)
I post approximately whenever I feel like it, writing about publishing or sharing something funny from YouTube. We're currently in the middle of the book blog Olympics.

And then just post a quick comment below with a single word or phrase for the one you picked, e.g.:

I've had a family issue this week and have been away from the computer, so I'm extending the deadline for the next Book Blog Olympics event:

The next event will be "Best Alternate Ending for a YA Book." Please use the Ganzfield comment form (http://www.site.ganzfield.com/Contact.html) to submit your entries by midnight EDT on Thursday, August 9th,  These don't need to be elaborate endings; something like this is fine:

"...and then Buffy burst into the ballet school. James ended up being sliced to pieces with both a sword and sarcastic quips." (Twilight)

Please include your mailing address and national affiliation, if you haven't registered already.
Posted by Disgruntled Bear at 7:10 PM 1 comment:

Julie Belfield of the UK!


* "My Country 'tis of Thee" plays, but everyone sings different words. *


Posted by Disgruntled Bear at 6:45 AM 5 comments:

Welcome to the first event! We have three entries for this first competition. 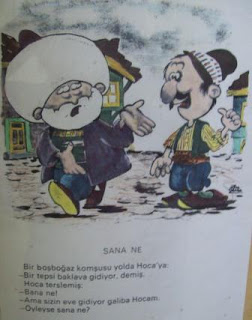 Entry #2, competing for the UK:


After once writing a post on how to recognise if you’re dating a werewolf, which will also appear on Emi Gayle’s blog July 31st, I realised the wolfie-dating-public would need more help. So … if by chance you worked out you are dating a hairy, growly beast of a dude, you now need to consider that birthday shopping for them might not be the same as shopping for your brother.
So … once again, I am here with my pearls—of wisdom, that is—to help you guys out.
First up … What NOT to buy:
-          A ‘Sounds of the Forest’ nature CD. Without the other sensory stimulations to accompany the noises and birdly chirps, this will most likely send your wolfie pal on a one way trip to a padded cell.
-          A pet cat. Seriously. The feline will leave the poor guy looking like an extra in a badly produced slasher movie.
-          Paw print boxers. I mean, come on! You can be more original than that, right? He already has 30 pairs, for goodness sake!

Wolfsbane
-          Any plants that even mildly resemble Wolfsbane (check out the image if you’re unsure). Chances are, just the sight of it will bring him out in a cold sweat.
-          Twilight: the movie. Trust me. It’ll just make him mad.
-          A dog collar. He won’t appreciate the sentiment. Not unless Dominatrix is the name of his private fetish.
-          A kennel to stick in your back garden—for those all important nights he sleeps over. This will majorly offend the poor guy.
-          A dog whistle. He’ll think you’re taking the p***.
-          A kingsize bottle of Kouros. Or any scent for that matter. Not unless you want to spend the day sprayed by his sneezes. And that could get pretty ugly.
-          A year’s supply of Frontline. This would be guaranteed to get you instantly dumped. And, really, who wants to deal with that on his birthday?

Secondly … What’s on the ACCEPTABLE list:
-          One of those massage mittens from Petsmart. I’m guessing your guy just luuurves to be stroked.
-          A teddy bear. Seriously. But only gift-wrap it after it’s spent a few nights in your bed—with you.
-          Blankets. Lots of them. But only of the fleecy variety. The furry dudes just love those fleecy throws.
-          A nice juicy steak. Preferable raw. Don’t ask.
-          A first aid kit. He will always find mischief that results in scrapes and bruises. And if you haven’t noticed as such, then the two of you ain’t doing the horizontal tango anywhere near as much as you should be. The below gift will most likely help remedy that ….

-          Edible underwear. For you to wear. For him to eat. For you to reap the benefits of when it can only go toward fuelling his energy prior to you ending up naked. Trust me: win-win situation.
-          A Frisbee. What? I’m not kidding. He’ll love it. Maybe.
-          A doughnut maker. ‘Cept you don’t describe it as that. You tell him it makes edible Frisbees. Got it? Then watch the guy pee his pants in excitement … and if he cocks his leg to do so, you know you’ve scored a win for definite.
http://bookarooju.wordpress.com/2012/07/30/birthday-shopping-for-a-werewolf-the-dos-donts/


I considered titling this post: "She Weighs the Same as a Duck (Because She's Made of Wood)." But that set the nerd coefficient of this post into the red zone.

However, I still wanted to share one of this weekend's epiphanies:

MARY POPPINS IS A WITCH.

It's obvious, once you look at it from a post-Rowling perspective.

- She flies with an enchanted umbrella.
- She makes the room clean itself.
- Hermione even had a bag like hers, one that held all of her oversized stuff.

And it's obvious that she learned all that at Hogwarts, right?

And Burt's a wizard. Don't tell me that all chimney-sweeps/one-man-bands/street artists can make chalk drawings that people can hang out in for a day.

Why didn't I see it before? I knew she was magical, but... I think it's because Julie Andrews played her as such a Glinda in the movie. I heard that the author of the original book cried at the premiere--they'd ruined her character. So now I have to read the original P.L. Travers book, just to know for sure. If I were still in school, I'd consider writing a term paper comparing/contrasting the magical worlds of Harry Potter and Mary Poppins.

Geez, even the names look similar. I bet this idea haunts you for the rest of the day. I know it will haunt me.

Please vote for your favorite by midnight on Friday, August 3rd.


The next event will be "Best Alternate Ending for a YA Book." Please use the Ganzfield comment form (http://www.site.ganzfield.com/Contact.html) to submit your entries by midnight EDT on Saturday, August 4th,  These don't need to be elaborate endings; something like this is fine:

"...and then Buffy burst into the ballet school. James ended up being sliced to pieces with both a sword and sarcastic quips." (Twilight)

Please include your mailing address and national affiliation, if you haven't registered already.
Posted by Disgruntled Bear at 9:00 PM 3 comments:

I had some unforeseen problems today that kept me from posting, but voting for the first event of the Book Olympics will start at midnight!
Posted by Disgruntled Bear at 4:01 PM 1 comment: