FINN FINNEGAN Review by an 11-year-old 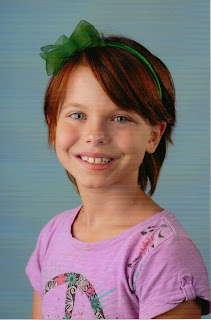 Even though I’ve never been to Colorado, author Darby Karchut picks me up and puts me in High Springs, where I meet a young teen boy named Finn, NOT Finnegan, MacCullen. Finn is a halfer: half mortal, half Tuatha De Danaan, an ancient race of warriors from Ireland. Finn has just hitch-hiked over 60 miles (from Denver to High Springs, Colorado) to meet the man he will be apprenticed to.

Gideon Lir, Finn’s new master, is thoroughly Irish, and thoroughly Tuatha De Danaan, with a quick temper and thick accent. Like all the De Danaan, Gideon believes that the pure-bloods of the race are superior to anyone else, so he is annoyed to find out that Finn is a halfer. This ancient Irish warrior has to teach the computer obsessed Finn in the ways of the Tuatha De Danaan. No sooner have they started, but the Amandan attack! The Amandan, a race of goblin-like creatures, have been battling the De Danaan for centuries over control of Ireland. The war has spread over the world as the two races have emigrated to other countries. The De Danaan believe their existence relies on keeping themselves and the Amandan secret from the mortals. The Amandan have no problem using mortals as pawns in their war.

Darby Karchut uses an extraordinary mix of myth and imagination to create this exquisite book. I love how she uses detailed descriptions of the battles between Finn and the Amandan; I felt like I was right there watching. I also enjoyed the journal entries of Finn and Gideon, because it made me get a better sense for what the characters were really feeling about life and each other. The one thing I didn’t like was that there weren’t strong enough female characters. Her male characters are so well written, but I would have liked some more females. Darby Karchut writes strong descriptions like this one, “The woman smiled.  Her grin stretched wider and wider across her face, as if the corners of her mouth were trying to meet each other around the back of her head.” She uses these great descriptions to create visual imagery.
Time is running out as the Amandan gather their forces and the De Danaan search frantically for the one thing that will kill their enemies, The Spear of the Tuatha De Danaan. Will the De Danaan find the spear? Will someone die? If so who? WHAT WILL HAPPEN? To find out read Finn Finnegan by Darby Karchut.

I loved this book, and can't wait to read the rest!

*Walnut Storm is the pen name of an 11-year-old avid reader. Her image and words are used with parental permission.
Posted by Disgruntled Bear at 7:31 AM

I'm excited for this book,it sounds like a great mix of fantasy and action.

it does sound really good.


I say many thanks to Mr. admin website I read this, because in this website I know a lot of information information that I did not know before his
Obat Kram Otak
Obat Sistem Kekebalan Tubuh
Obat Tradisional Benjolan Di Tangan
Kumpulan Artikel Mengenai Kesehatan Dan Kebugaran

I was very fortunate to be able to visit your page. You can also find interesting information about health here. The one of it is khasiat glucoberry original